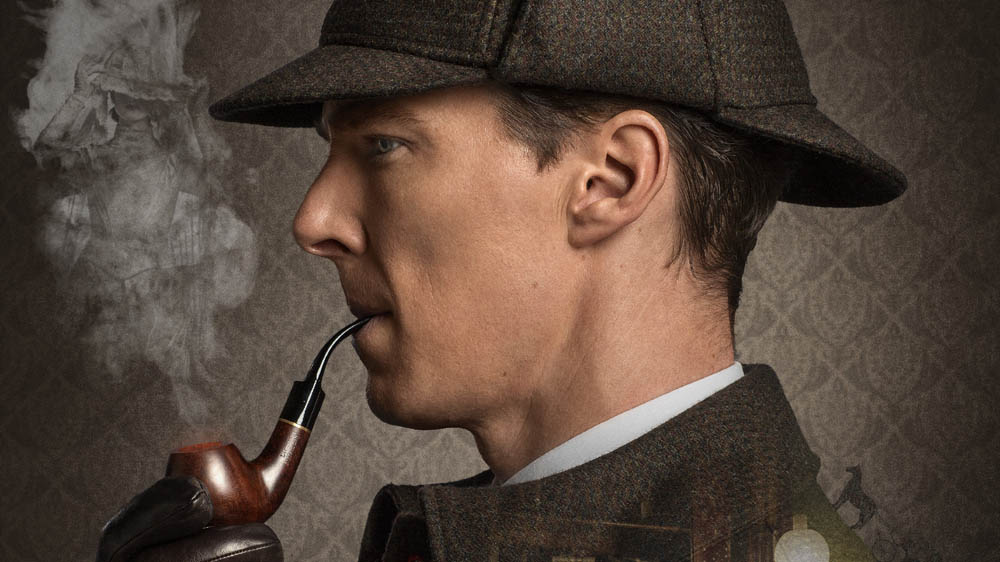 A Guide To Thinking Like Sherlock Holmes – Part 1: Introduction & Intuition

Thanks to film, TV, and obviously the classic written stories, the character of Sherlock Holmes has fascinated the world. Even though he is a fictional character with some, dare I say, “exaggerated abilities,”, tapping into his cognitive thinking skills is not as far fetched as one may think.

With that said, here is Part 1 of my 6-part series: A Guide to Thinking Like Sherlock Holmes.

AN INTRODUCTION TO SHERLOCK HOLMES

(Special shout-out to the film “Holmes & Watson” starring Will Ferrell and John C. Reilly… which was horrendously awful…)

All of these versions owe a big “THANK YOU” to Sir Arthur Conan Doyle, the author of the source material and creator of the character.

We all love the character of Sherlock Holmes because he has such a unique way of thinking of solving mysteries. We’re fascinated with him because he has a way of knowing everything about you without you even opening your mouth.

So how can we think like Sherlock Holmes? It’s not impossible. Here are some fun tricks and tips that, if you perfect them, you’ll be able to easily channel your inner Sherlock when you need it the most.

“It was easier to know it than to explain why I know it. If you were asked to prove that two and two made four, you might find some difficulty, and yet you are quite sure of the fact.”

A Study in Scarlet is a favorite of many Sherlock fans because he perfectly sums up his view on his intuition. Let’s take a look at the definition of the word. According to Dictionary.com:

In·tu·i·tion (noun) – the ability to understand something immediately, without the need for conscious reasoning.

Sometimes, we ignore our intuition because sometimes it can be confused as an unreliable source. What doesn’t help is that people also confuse intuition with supernatural powers, like from witches or Neo in The Matrix.

Your intuition is actually the most vital of tools when it comes to thinking like Sherlock Holmes. This tool, when embraced and partnered with the balancing of facts and evidence, is the key to taking your cognitive Sherlock thinking to the next level.

Have you ever made a decision based off of a “gut feeling”? That is intuition. Sherlock views his gut feeling as an “educated counselor.” Just like Sherlock, you can be guided and influenced by your gut feeling in order to put you on the path toward solving a mystery/issue, or even keeping yourself out of danger.

THE BALANCE OF FACTS & EVIDENCE

Let me reiterate something I said earlier: This tool, when embraced and partnered with the balancing of facts and evidence, is the key to taking your cognitive Sherlock thinking to the next level.

Sherlock doesn’t just use his gut feeling, or intuition, to solve his mysteries. He partners it with the facts that have presented themselves. If you want to truly think like Sherlock, you’ll need to find a good way to combine your theories, your gut feelings, with logic. Otherwise, you’ll be shooting in the dark.

In Doyle’s The Memoirs of Sherlock Holmes, Sherlock states: “From long habit the train of thoughts ran so swiftly through my mind that I arrived at the conclusion without being conscious of intermediate steps.”

What Sherlock is saying here is that good intuition is the result of remembering your past experiences. This includes not only being aware of your own habits, but the habits of those around you as well.

1 comments on “A Guide To Thinking Like Sherlock Holmes – Part 1: Introduction & Intuition”

ANTISOCIAL BUTTERFLY!!!! I LOVE THIS SHIRT! All of the #introverts out there love this too! 🤣 I got so many compliments wearing this awesome shirt from my friends at @boredwalktshirts soooo I wanted to hook all of you up too. 🥳
700,000 strong. Love to all the Vibers! Thank you so much for your support! ✌🏾🔆 #thevibewithky #tiktokgeneration
My social media family. Best team I could ask for. I’m so proud of them and how far they’ve come. And most importantly, how much they support each other. ✌🏾🔆❤️ #thevibewithky #workfamily #officelife #coworkersbelike @1seodigital
Got that Tuesday vibe. ✌🏾🔆 #thevibewithky #tuesday #tuesdayselfie #tuesdayvibes
The Vibe With Ky Patreon Podcast Exclusive! At 3:00pm I got a call asking if I could be an emergency replacement for a regional production of #SisterActTheMusical... at 10:30am the next morning... I had to be ready to perform it. Here's the story of one of the craziest 18 hours of my life. Link in bio. ✌🏾🔆 #thevibewithky
What a day. Wow. I am so humbled and thankful for the opportunity to have performed with this incredibly welcoming cast and crew and creative team. You made this process very easy for me, and I will miss you!